If you’ve visited us here at Bloomfield Garden Centre, you know we’re a bit soft about our cats. There were 14 of them at last count – most of them have been spayed (or is it neutered for cats?), apart from one that wandered in later, recognized a sweet set-up and decided to stay. I like to explain to people that they’re farm cats, so having 14 doesn’t make me a mad cat lady, but I occasionally get the impression not everyone is buying that. 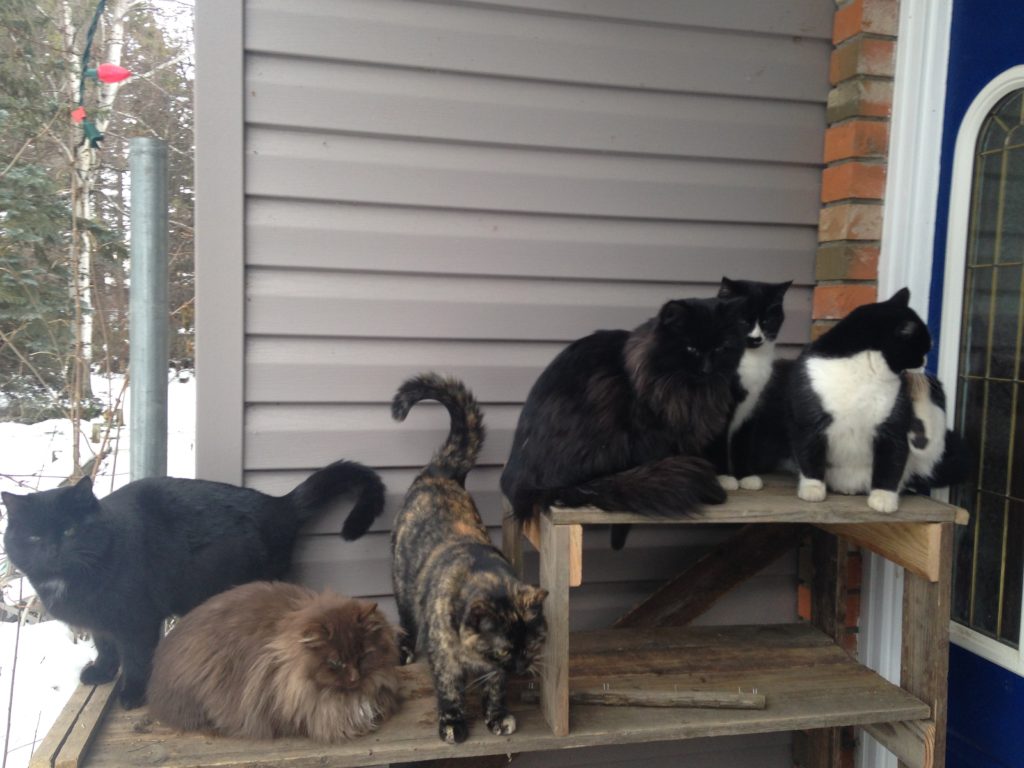 However, this week, the cats have truly been testing my patience.

It started with Mittens, who decided to climb between two layers of poly covering one of the greenhouses, climb to the top and get stuck. She tried to clamber out by slashing a huge hole in the plastic, but then realized she was 20 feet from the ground. She sat there yowling miserably until I climbed a ladder and rescued her. Fortunately for her, I forgot my fear of heights until after we got back to ground level.

Lily, the unneutered late-arrival, has been clearly working on a litter over the last few weeks. She was so huge I was convinced it was either about 15 kittens, or possibly a hippopotamus. Yesterday, she finally gave birth to four kittens, in an unheated greenhouse, and promptly abandoned them all. We’re not sure what caused this, but we found four freezing cold kittens, in four different places and no sign of the mother. I’m glad to report that I managed to massage some heat and life back into three of them, but sadly we lost one.

Then the conundrum. Right now we have three greenhouses full of annuals and perennials, and the only thing growing faster than the plants is our feeling that we’ll never get ahead of the potting up and dead heading. We have a brand new garden centre that we’re trying to establish, even while it’s partly under construction. We have a tree farm with trees that need harvesting and planting. We have a new property that has been running down for the last ten years and which we’re trying to run back up. And we’re desperately trying to get ready for the Garden Show this weekend. Is there any chance we could take on the raising of three newborn kittens, and the round-the-clock attention they need? Not a chance!

Fortunately the wonderful ladies at the Happy Cat Sanctuary in Strathmore took them on for us. I’m told the three are still doing well today – and next week I can even go visit them. 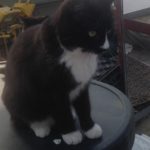 But, wait there’s more! Today I received a call from Animal Services in Calgary to let me know they had one of our cats. In Calgary! I went and retrieved her, in fine spirits after her adventure, but we will never know how she got from our home northeast of Langdon, to Ramsay in Calgary.

I know they say the universe only sends you as much as you can deal with, but I’m really hoping the universe might decide I’ve had enough cat drama for a while.