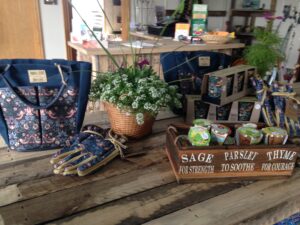 It’s been an exciting year for Bloomfield Garden Centre. Well it’s actually been the only year, as we opened our doors this spring. We’ve had a lot of fun renovating and building the garden centre, and still have loads of plans and changes we want to make. If only there were 96 hours in the day!

Although we’re new to the world of retail, we’re not new to the industry. In fact the garden centre is simply an addition to our tree farm and our landscape design and construction company.

Which brings me to the point of this post. We have multiple companies, and at the front gate, you’ll find a sign for Bloomfield Garden Centre and for Larchwood Nurseries. Pretty simple, right … or not? We’ve had a few people come into the garden centre and say how confusing it is that there are two company signs at the entranceway. 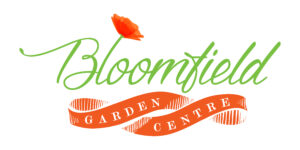 My immediate, and so far unspoken, reaction is “do you find it confusing when you go to the mall?”. I’ve resisted asking the question in case it seems rude, but the fact that the exchange has happened more than once does make me wonder if some explanation is in order. So here goes…

Let’s make it more confusing before we make it simple

Some background – we purchased this property 18 months ago and there’s a lot going on here. We have our own three businesses, we have tenants involved in a variety of horticultural businesses, and we have a lot of ideas to make this an awesome destination.

Which brings us to Greentree Village

There is an ever increasing number of companies here, but so far only two of them have customers coming to the site – Bloomfield Garden Centre (our retail operation) and Larchwood Nurseries (our growing operation, and wholesale arm).

As the space evolves you might notice other companies joining us on the sign. We think it’s all very exciting – and will be keeping you updated as Bloomfield Garden Centre grows, and also as Greentree Village evolves.